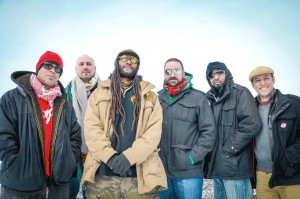 Hard Roots Rock Reggae & Dub--this is the unique blend of music that is Natty Nation.

Since 1995 Natty Nation has been keeping the positive messages of their unique indigenous Wisconsin reggae beats throbbing through the heartland. Their messages of peace, love, community, & spreading positive vibrations have been ringing out since Natty's inception.

JAH Boogie and his backing band's tight but fluid, rootsy but funky, beautiful but gritty, righteous but real vibration is clear to anyone listening to their music, either at a show or on their stereo.

It's almost impossible not to dance at a Natty live performance. Every Natty Nation concert is a different experience. Their energy is infectious & their dubtastic jams are complex, yet their message is simple--spread the positive vibration.

Since his 1987 Grammy nomination for Best New Artist (Timbuk3), pat mAcdonald has continued to write, perform and reinvent himself releasing 7 critically acclaimed albums--5 with worldwide distribution. The evolution of his solo acoustic works such as Pat MacDonald Sleeps With His Guitar, Begging Her Graces, Degrees of Gone, and Strange Love: PM does DM led to his more amplified sound found on In the Red Room and Troubadour of Stomp which some describe as â€œGothic Americana Swamp Rock Blues.â€

In addition to his solo career, mAcdonald has been a highly sought-after songwriting collaborator working with such artists as Stewart Copeland (of The Police), Imogen Heap, E (from the Eels), Oysterhead, Keith Urban, John Parish (P.J. Harvey, Eels, Sparklehorse), Ryuichi Sakamoto, Eric McFadden and Jackson Browne who describes mAcdonald as â€œâ€¦one of the great lyricists in the English languageâ€¦â€ Artists from Aerosmith to Pavoratti have performed his songs.

Other endeavors include Steel Bridge SongFest, The Holiday Music Motel and a pending book deal...

pat mAcdonald and melaniejane team up to create dark, sexy, hypnotic low-end grooves. The two of them onstage have an arsenal of instruments - pat: guitar, cigarbox slide guitar, stompbox and harmonica; melaniejane: electric cello, keyboard, accordion and variety of hand percussion. These two carry the weight of a full band. Although comparisons as far reaching from The White Stripes, Morphine and Black Rebel Motorcycle Club to the recent Robert Plant/Alison Krauss collaboration would not be out of line, mAcdonaldâ€™s song-writing sensibilities coupled with his stomp-board invention and modification of his instruments creates a sound which appeals to music-lovers of all genres yet has a unique stamp unto itself. The two tour regularly throughout the US.

melaniejane has performed throughout the U.S. and has appeared with or opened for such artists as Sam Llamas (The BoDeans), Victor DeLorenzo (Violent Femmes), The Silos (Bloodshot Records), Sigmund Snopek and Dick Parry (saxophonist from Pink Floyd) to name a few. Currently, she has two solo recordings â€” "Flower" and "Billets Doux," which showcase her talents as a singer, songwriter, instrumentalist and arranger. 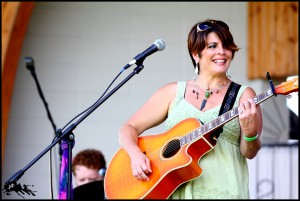 Galynne Goodwill is an independent artist writing soulful, conscious, acoustic pop songs inspired by humanity's rapid awaking. Her music has the potential to inspire heart-felt conversations about things that truly matter in this crazy-beautiful world and her intention is to always be in line with the highest wisdom found within every lesson or topic. 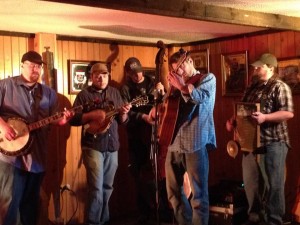 Tall Timbers is a contemporary bluegrass band from central Wisconsin. 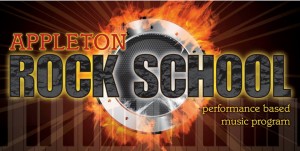 Appleton Rock School is geared toward intermediate (1 year experience) and advanced players that want to put their skills to use in a live band. It is an excellent accompaniment along with a student's regular private lessons, and offers a work-shop environment to practice, develop, and use techniques learned in lessons. Rock School is open to ages 8-18, and students are placed into bands of similar age and ability.